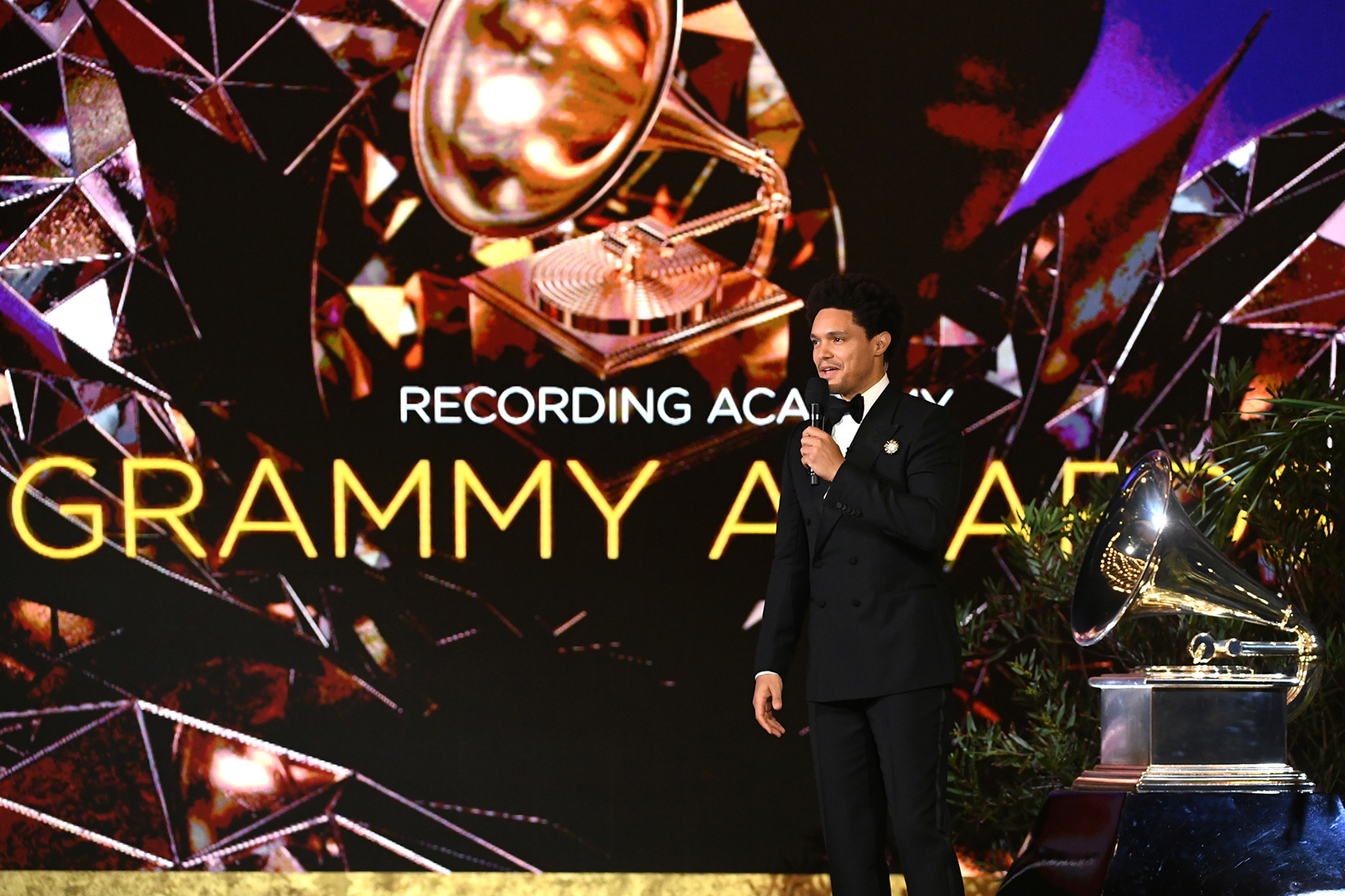 The 64th annual Grammy Awards have a new air date.

Following an announcement earlier this month that the original Jan. 31 airdate had been postponed due to the ongoing coronavirus pandemic, CBS and the Recording Academy will now broadcast the live ceremony on Sunday, April 3, at 8 p.m. ET from the MGM Grand Garden Arena in Las Vegas.

Comedian Trevor Noah, host of Comedy Central’s “The Daily Show,” will return as host. No further details were shared in the statement.

On Jan. 5, the music industry group explained their decision to postpone: “The health and safety of those in our music community, the live audience, and the hundreds of people who work tirelessly to produce our show remains our top priority. Given the uncertainty surrounding the Omicron variant, holding the show on January 31 simply contains too many risks.”

They added, “We look forward to celebrating Music’s Biggest Night on a future date, which will be announced soon.”

Sources had also told Page Six that the Recording Academy was seeking a new venue to host the telecast after losing their booking at Crypto.com Arena in Los Angeles.

The Grammys is one of several high-profile events in entertainment rocked by the latest COVID-19 surge, including the 2022 Golden Globes on Jan. 9, which nixed the red carpet and cameras this year. The Sundance Film Festival was also transformed into a digital-only event — for the second year in a row — after previous plans to meet in Park City, Utah, were canceled due to the Omicron variant.