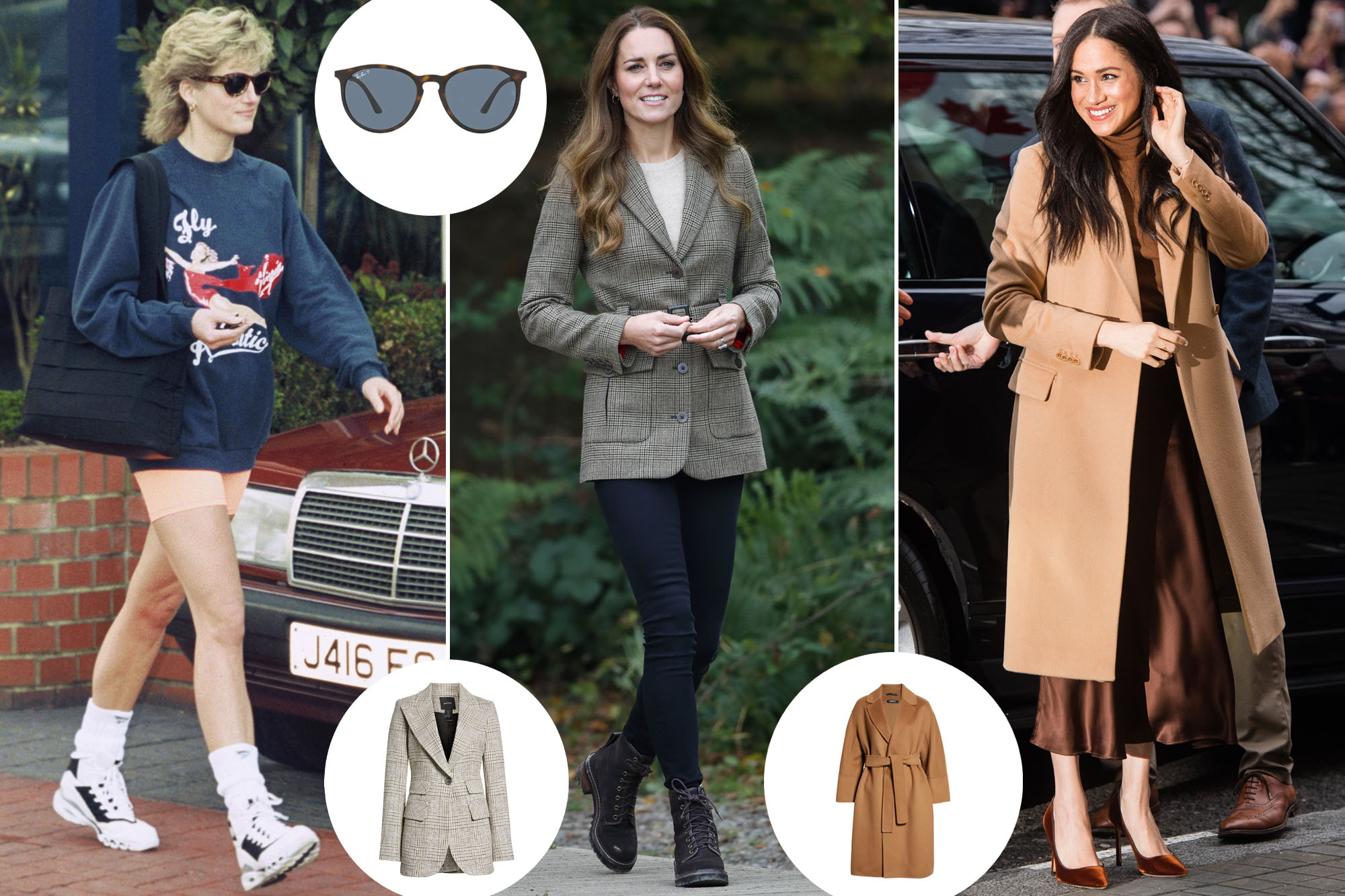 The highly anticipated annual event — starting July 6 for select Nordy Club cardmembers and July 15 for the general public — features deep discounts on everything from heels to handbags, including many labels beloved by members of the royal family.

Whether you’re looking for a pair of the Queen’s beloved Hunter boots, a shimmering pair of green earrings like Kate Middleton’s or a trendy pair of Meghan Markle’s favorite Mother jeans, now’s your chance to dress like the royals for less.

Below, grab a bargain on some of their favorite brands — and don’t forget to check out the best royal beauty buys from the sale, too.

The Duchess of Cambridge and Duchess of Sussex have both carried versions of the French label’s endlessly handy, long-lasting nylon totes. The only dilemma when it comes to this expandable style is which color to choose — it’s available in 11 different shades.

You’ll often see Middleton and Markle wearing Max Mara coats, and this camel style is quite similar to one owned by the Duchess of Sussex — a solid investment for those autumn days ahead.

The Duchess of Cambridge keeps her feet warm and dry in this brand’s luxe, waterproof boots, and you can get a similar look with these stylish booties.

The Duchess of Sussex’s California casual style is well suited to Madewell’s laid-back basics — she’s sported several items from the brand over the years, including a green tote similar to this tan bag featured in the sale.

Middleton has worn this London-based, cool-girl activewear brand at sporty events, and you can grab a huge discount on your own workout (or work-from-home) gear in the sale.

Although we only got a peek at it, Markle is said to have worn this slinky silk cami under a white blazer for a 2020 Zoom call. The duchess sported a chocolate version, but you can find the same style for more than $100 off in a shimmery champagne color.

Both Middleton and Markle have worn several pieces by the sustainable jewelry brand, and these simple, scalloped hoops are perfect for everyday wear.

The British heritage brand has been worn for decades by the Queen, the Duchess of Cambridge, Prince Charles, Princess Anne and everyone in between. If you’re looking for a something that’s slightly more town than country, this belted style is both chic and practical.

Over the years, we’ve seen Middleton in many a piece from this go-to British high street brand, and you can find plenty of deals on their elevated basics — including this very duchess-like eyelet blouse — in the Nordstrom Anniversary Sale.

Smythe’s blazers are staples in Middleton’s wardrobe, and we’ve seen Markle in several of the brand’s winter toppers, too. This very duchess-esque plaid style will take you from the office to an autumn walk in effortless fashion.

When it comes to sunglasses, the royal family (and many more celebs, too) can’t get enough of Ray-Ban’s classic styles. Princess Diana, Prince Charles, Prince William and Kate Middleton have all rocked the brand’s shades — and you can score a deal on your own in the sale, like this chic tortoiseshell pair.

Princess Beatrice rocked out at the 2022 Glastonbury Festival carrying a black Rebecca Minkoff Mini MAC bag; this quilted chain-strap design is quite similar.

Meghan Markle chose a pair of ripped jeans by the brand for her first-ever public outing with Prince Harry, and a cropped, wider style from the label is on major sale at Nordstrom this summer.

The Duchess of Cambridge owns an enviable collection of styles from this footwear label, ranging from her beloved cork wedges to leather boots. This sleek over-the-knee pair features a stretchy back panel and lug sole — and is over $250 off in Nordstrom’s sale.

You can actually out-sparkle the Duchess of Cambridge with this Anniversary Sale pick: Middleton owns these exact earrings, sans the diamond accents. If green isn’t your thing, they’re also available in a rose quartz version. The style is part of a sale-exclusive trunk show, so once Nordstrom’s deals are done on July 31, these babies are gone, too.

Deals on royal beauty products
Nordstrom Anniversary Sale 2022: 9 celebrity-loved beauty products
We use cookies on our website to give you the most relevant experience by remembering your preferences and repeat visits. By clicking “Accept All”, you consent to the use of ALL the cookies. However, you may visit "Cookie Settings" to provide a controlled consent.
Cookie SettingsAccept All
Manage consent